Hop On Hop Off - Private Hire 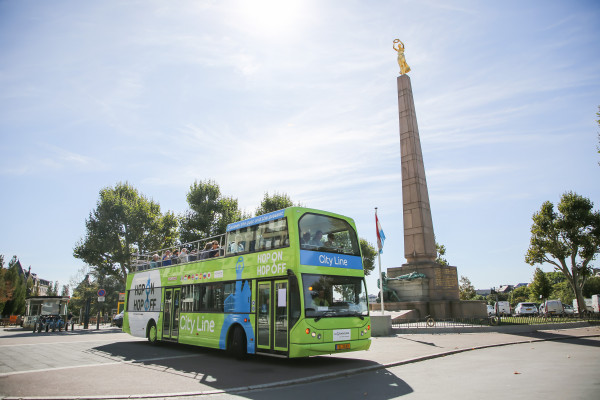 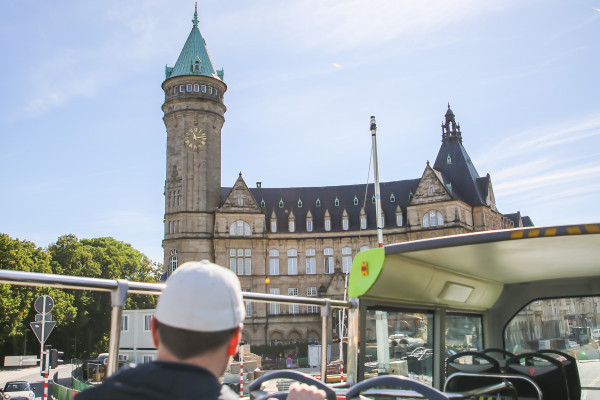 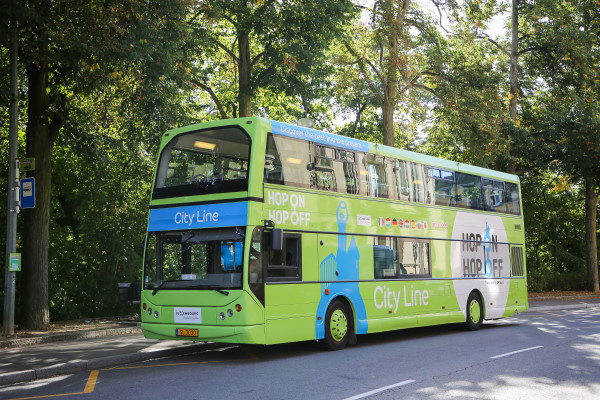 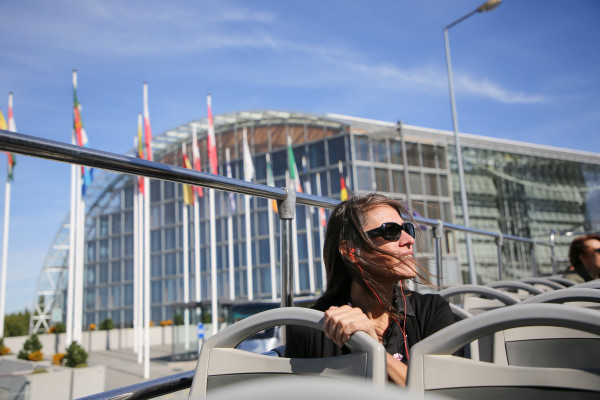 Discover Luxembourg City from the top of our open-top double-decker buses. We invite you to experience the most beautiful landmarks of our city.

Choose our traditional city tour or create your own itinerary for you and your guests!

Tour Description (according to our classic itinerary)

The Avenue Monterey is one of the avenues that was pierced during the dismantling of the fortress of Luxembourg to open up the city to the west and allow the construction of new residential areas. The construction of the underground car park, bearing the same name, partially brought out the former Fort Louvigny, which was buried under the street. You will also find a nice outdoor activity for children nearby: a beautiful playground in the shape of a huge pirate ship.
The visit’s starting point, where you can admire the Petrus Valley with its famous casemates and the “Notre-Dame” Cathedral with its crypt, is in front of the National Monument “Gëlle Fra” on the Constitutional Square. Not far away you will find the Casino Luxembourg which today, is a museum of contemporary art. Explore the “Place Guillaume II” and the City Hall, the pedestrian zone with its many shopping opportunities and the “Place d’Armes”, as well as the old town with its museums, church-es, Vauban fortifications and the Grand Duke’s Palace.

The statue of Princess Amélie stands in the city park, near Boulevard Royal. Amélie was the wife of Prince Henry of the Netherlands, governor of the Grand Duchy from 1849 to 1879.

Enjoy the magnificent view from the panorama elevator or from the viewing platform to the Pfaffenthal suburb and the Kirchberg Plateau. Walk past the Glacis field, where Luxembourg's largest and most famous annual fun fare, the "Schueberfouer", takes place at the end of August! Nearby is the "Grand Théâtre de Luxembourg".

Take a look at the Mudam, the Grand-Duc Jean Museum of Modern Art, and explore the "Dräi Eechelen" fortress museum, where you can discover Luxembourg's historical heritage! In contrast, the avant-garde architecture of the nearby Philharmonie is a highlight.

Here you are in one of the new quarters of the City of Luxembourg, where shops, banks, large law firms and companies have set up their branches, and where you will also find the largest cinema complex in the country, with its bars and restaurants. The stop is located in front of the international exhibition centre called LUXEXPO - THE BOX.

Discover the European Investment Bank and the European Court of Justice with its three tall office towers. One of them, at 115 metres, is the tallest building in the country. You can also admire the National Sports and Cultural Centre (d'Coque) in Kirchberg.

Villa Vauban, the art museum of the City of Luxembourg, is not far from the “Stäereplaz”. It is located in an enchanting city garden! The exceptional site of the Villa Vauban allows visitors to discover historical collections in a calm and relaxing atmosphere in the heart of the city.