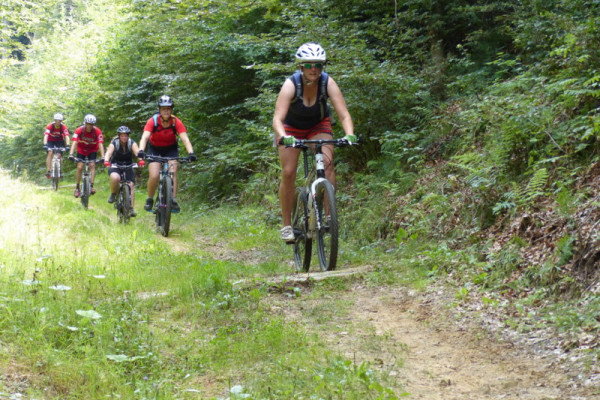 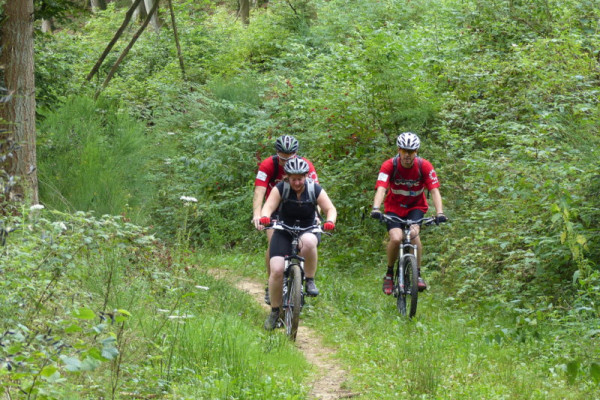 Dive into one of the largest forests in the country, just a few minutes from the city center, and take in some fresh air! This guided tour promises you a great deal of nature.

If you are a nature lover and your source of energy is the great outdoors, then this tour is for you. The Grünewald is one of the largest forests of the Grand Duchy of Luxembourg with a surface of more than 4000 hectares. This forest, today listed as a national heritage protected area, is the source of the Black Ernz, an important affluent of the Sure river.

For about 30 kilometers, starting from the "Alvisse Parc Hotel", you will directly follow the tracks of the iconic "Charly" train, which connected the city of Luxembourg to Echternach in the early 20th century. The tour continues northward through beautiful forest paths to reach the cave of "Schëtzelklaus", an ancient site where a hermit who lived more than 900 years ago decided to end her life in the bosom of mother nature. Without further ado our tour continues towards the village of Eisenborn from where we will start our ride back.

Once we reach Staffelter we will come across the 6 Princess Oaks, planted at the beginning of the 20th century to celebrate the birth of the 6 daughters of Grand Duke Wilhelm IV. We will then pass directly in front of the "Geeschterhaischen", the former hunting house of the two Grand Dukes Adolf and Wilhelm IV.

Further on, towards the end of our tour, we will discover the numerous Roman water wells, called "Quanats" or "Raschpëtzer", that were built around 130 years after Christ and which were used at the time to supply the Roman villas and thermal baths with fresh water.

The end of the tour is marked by the visit of the monument named "Doudeg Fra", which was once a crucifix made of stone cubes and was replaced by a stone cross in the 1980s.