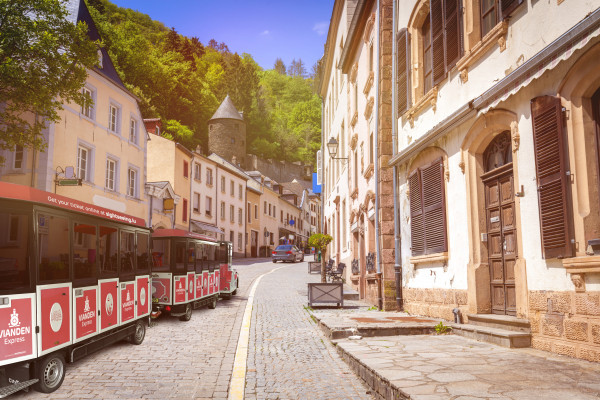 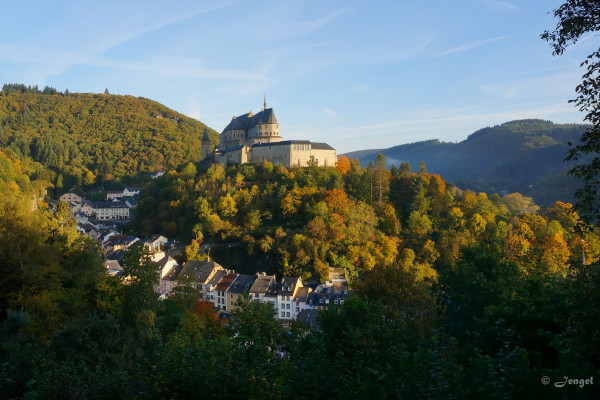 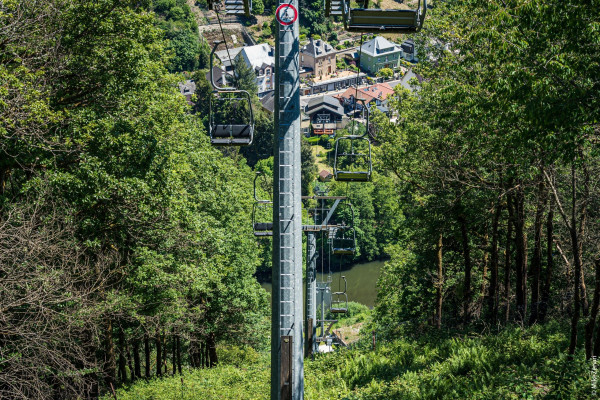 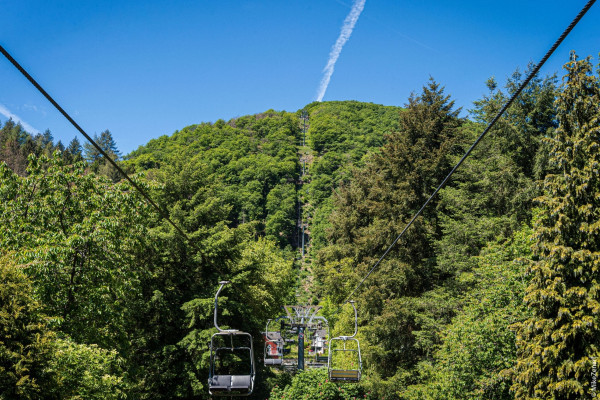 The Vianden Express will take you along the main sights of the medieval town of Vianden. Take advantage of the touristic train to reach Vianden Castle, one of the most important historical monuments in Europe.

The medieval town of Vianden always fascinates with its charm and attracts thousands of visitors every year.

On the one hand, visitors are treated to the great classics: the medieval castle, a national treasure and symbol of the beautiful feudal mansions of the Roman and Gothic periods, considered one of the most important historical monuments in Europe, and the Victor Hugo House, where the writer stayed in political exile in 1871.

But the chairlift is also a popular attraction of the small town. It is the only chairlift in Luxembourg that takes you from the valley, located at 220 meters, to an altitude of 440 meters and also offers an ideal viewpoint with a panoramic view of the entire city. The Vianden Express stops here so you can benefit from this experience. The chairlift is open from April to October between 10:00 and 17:00.

From the chairlift, we continue through the medieval alleys along the fortress walls until we finally reach Vianden Castle. With almost 200,000 visitors a year, Vianden Castle is still the most visited historical building in the Grand Duchy. It was built from the 11th to the 14th century on the foundations of a Roman fort and a Carolingian refuge.

Here you can get off to visit the castle. People spend an average of +/- 2 hours here

With your Vianden Express ticket you can also benefit from the return trip. The train runs every hour and takes you from the castle back to the station..