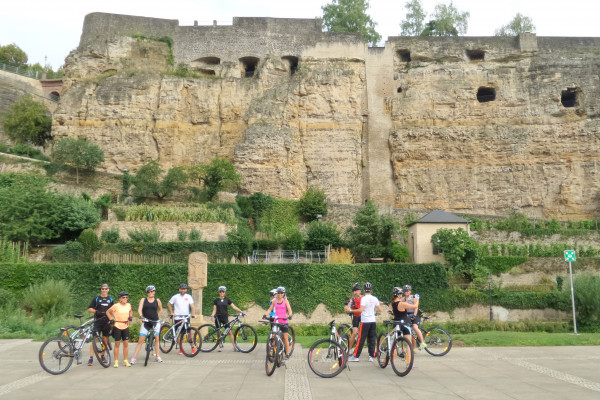 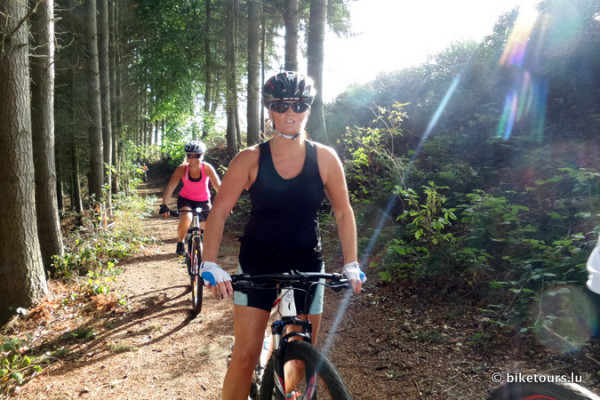 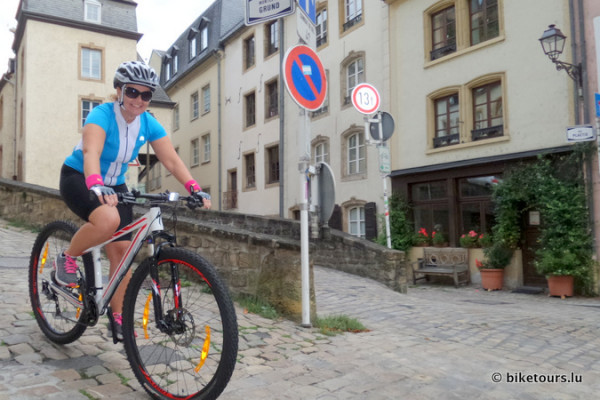 Discover the surroundings of Luxembourg City and its adjoining woods. Escape from urban life and get some fresh air in the Alzette valley.

Luxembourg City is known as a financial center and headquarters of Europe, but also for its luxury stores and museums. Besides, it is located on the slopes of the Alzette valley. Luxembourg City is a city full of nature and offers its citizens the possibility to escape after a long day at work or during the weekend.

This region is perfectly adapted to mountain biking with its numerous single trails and forest paths. Opt for this +/- 27km route which combines the most beautiful spots between Luxembourg-City, Hesperange and Hamm. On the way you will discover the sites of "Schläifmillen", an old building complex which was used for weaving wool, or the "Gantebeensmillen" which was another mill among many others on the banks of the Alzette.

After a short city tour to the "Polfermillen" via the bike path, you will enter the forest right away. The single trail along the Godchaux street and the river is located on a steep slope and reaches the Schläifmillen after a few kilometers, from where you can reach the Gantenbeinsmillen.

Next you will follow the Alzette river on a flat single trail until you reach the hills of Hesperange where you will reach the most fun part of the trail. The paths that follow are a mixture of single trails and consecutive forest paths, which offer a multitude of situations and obstacles to overcome with your mountain bike. If you are an experienced mountain biker, the guide will show you some of the more challenging parts of the route, otherwise the route will take you safely to your destination.

The return journey will take you along the Hamm cycle path to the "Polfermillen", and from there to the city, but beware, there is still the Rue Large to ascend!